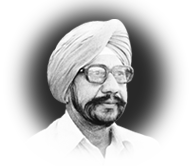 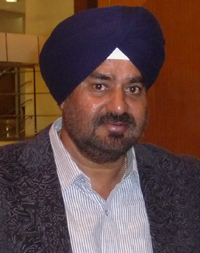 ‘Man should be like flowing water, stagnated water stinks,’ he once wrote to me, the truth in these words of wisdom is understood with life’s experiences and maturity that comes with age. My relationship with my father was of mutual admiration, were affectionately connected with strings, unseen. When I failed to live up to his expectations, he would not express it but his silence spoke more and that would make me think and own the responsibility.
Winning the World Cup in 1983 was without doubt a defining moment in the history of Indian sport. The enormity of it all hit us when we received emotional receptions wherever we went, including audiences with The President of India, the Prime Minister and many other celebrities.

My personal fulfilment, however, came when my father hugged me and silently shed a few tears of joy! Believe me, all the accolades, the prize money and the material success I have achieved after that winning moment in England, in the summer of 1983, cannot match the feeling I got from that brief emotional moment with my father. He was a sports buff who, looking at my interest in cricket, had bought an ‘MCC Book of Coaching’ for me when I was still a child.
He loved hockey and never scolded me, even when he knew that I had bunked school to watch a game of hockey at BHA ground, Churchgate, he watched the game from the West stand and me in East stand. But never ever did he force me to take up the game of hockey, though I played Badminton and Table tennis for school, and Cricket and Badminton for college, he allowed me to set my own goals.
He would watch most of my local club and first-class matches, in Mumbai, from afar, often while sitting under the shade of a tree and penning his verses. Though, I would draw a lot of praise from sportswriters for my cricketing exploits, my father would never ever praise me individually. ‘Your team played well!’ was his usual statement even if I had hit the newspaper headlines. By doing that he did kept the fire burning in my belly and hungry, keeping the bar high for me to excel to reach it.
I vividly remember the expression on his face when he saw me off at the airport, just prior to checking in for the Indian team’s flight to England in 1983. Hope was written all over it for me, but he had not uttered a single word. A poet, who could express his innermost thoughts through beautiful poetry, had been lost for words! Hence, that hug and those tears are cherished by me even to this day!
He died in 1985, I was in England playing League cricket in North Lancashire and could not attend his funeral and his Urns were immersed in the sea, as per his wishes, as he believed that all the holy rivers of the world, merges into the seas, it’s the holiest.
He loved to entertain and welcome Punjabi Writers, Stage Actors, Directors, and struggling artist at home. I was a silent spectator, grasping and soaking like bloating paper their intense discussion on Punjabi literature, Plays, Meaningful cinema, literary work, Marxist ideology and Punjabi writers. Thanks to all of them, today I can understand and appreciate quality music and meaningful cinema; maybe it was his way of expanding my horizon.
Many thanks, to Gulzar ji for persistently reminding, motivating and inspiring to compile my father’s literary work for generation next. I had also heard a lot of praise for my father’s writing from his contemporaries and they all had high regards for his contribution to Punjabi literature and for promoting Punjabi culture in the city of Bombay.
Every writer loves that his work is read; his views reaches and touch the hearts of many, either to be appreciated or be criticised. Looking at today’s scenario, not many like to read books. I think internet is the new media that has much wider audience and reach than a book has, it attracts new generation, easier media for a word of wisdom to reach them. Also it will be convenient for the students of Punjabi literature to find material of their interest at the click of a button, instead of spending time searching for literary materials that would satisfied their literary hunger. Hence I thought of creating this Web site, where people can read his Poems, Essay, Ballad and Short Stories on the net.
I shall remain grateful of Gulzar, Swaran Singh, Balwant Singh, Trilochan Singh Komal, Avtar Sokhi and all others who encouraged me. Thanks also to Paramjit Thukral of ‘Lokmat Punjab’ for helping me to put the material on computer and proof reading. Sajjan Singh Cheema and Jasmeet Singh Cheema for helping me and last but not the least my wife Ravinder kaur, Timrar Kaur ( Nazo) and Jankeesh Kaur my two daughters for backing me, in this endeavour and hope that they shall take it forward. 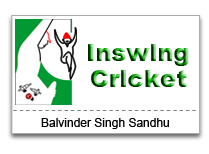